Congress is working on several must-pass end-of-year bills, and while nothing has been officially decided or released, recent updates indicate they are making progress.

Congressional leaders came to an agreement last week on topline funding levels, allowing appropriators to hash out the smaller details. We expect to see an early draft by next week and a late vote to avoid a government shutdown on Dec. 10 or 11.

There is significant desire from Congress to pass something to address the national COVID spike, but no final decisions have been made as to the scope of what that aid might look like, and whether it will pass as a standalone bill or part of the government spending bill. The most likely relief will be additional PPP funding, unemployment insurance extension, and possibly state and local funds.

Committee leadership are actively working on legislation to extend tax and health care provisions that expire on Dec. 11 and at the end of the year. A deal is expected before Congress adjourns for the year.

Traditionally, a bipartisan must-pass bill, tensions have escalated relating to the renaming of military bases with Confederate-related names. The president has threatened a veto if the bill includes any demands on this topic, and Congress seems inclined to call his bluff, though it is less certain whether they have the votes to override a veto.

Unrelated to the major legislation advancing, the House this week also is expected to pass H.R. 4403, minor legislation that protects consumers from government-sponsored debt collectors. The bill very explicitly only applies to consumer debt and would not apply to business debt with a personal guaranty. This demonstrates that Congress continues to only broadly support collections protections that are narrowly tailored for consumers.

President-elect Biden has released a steady stream of picks for his cabinet and senior staff over the past two weeks, including many of the highest economic advisors. One question that is still on the minds of many Members and Senators is what the process will be for approving his nominations. The last time an incoming president did not also control the Senate was 1988. There is a distinct possibility that the Republican-controlled Senate might attempt to obtain policy concessions from the president in order to confirm his appointments. Below are some appointments and what it might mean for NACM members.

Treasury—Janet Yellen. Yellen previously served under President Obama as Chair of the Federal Reserve, where she demonstrated an even-handed approach to the nation’s monetary policy, albeit with a progressive slant. She is well regarded by progressives and moderates alike, and has a record of supporting strong consumer protections, which could raise challenges for debt secured by a personal guaranty.

Office of Management and Budget—Neera Tanden. Tanden comes from the left-leaning Center for American Progress, and as one of the most progressive picks thus far, faces a difficult battle for confirmation. 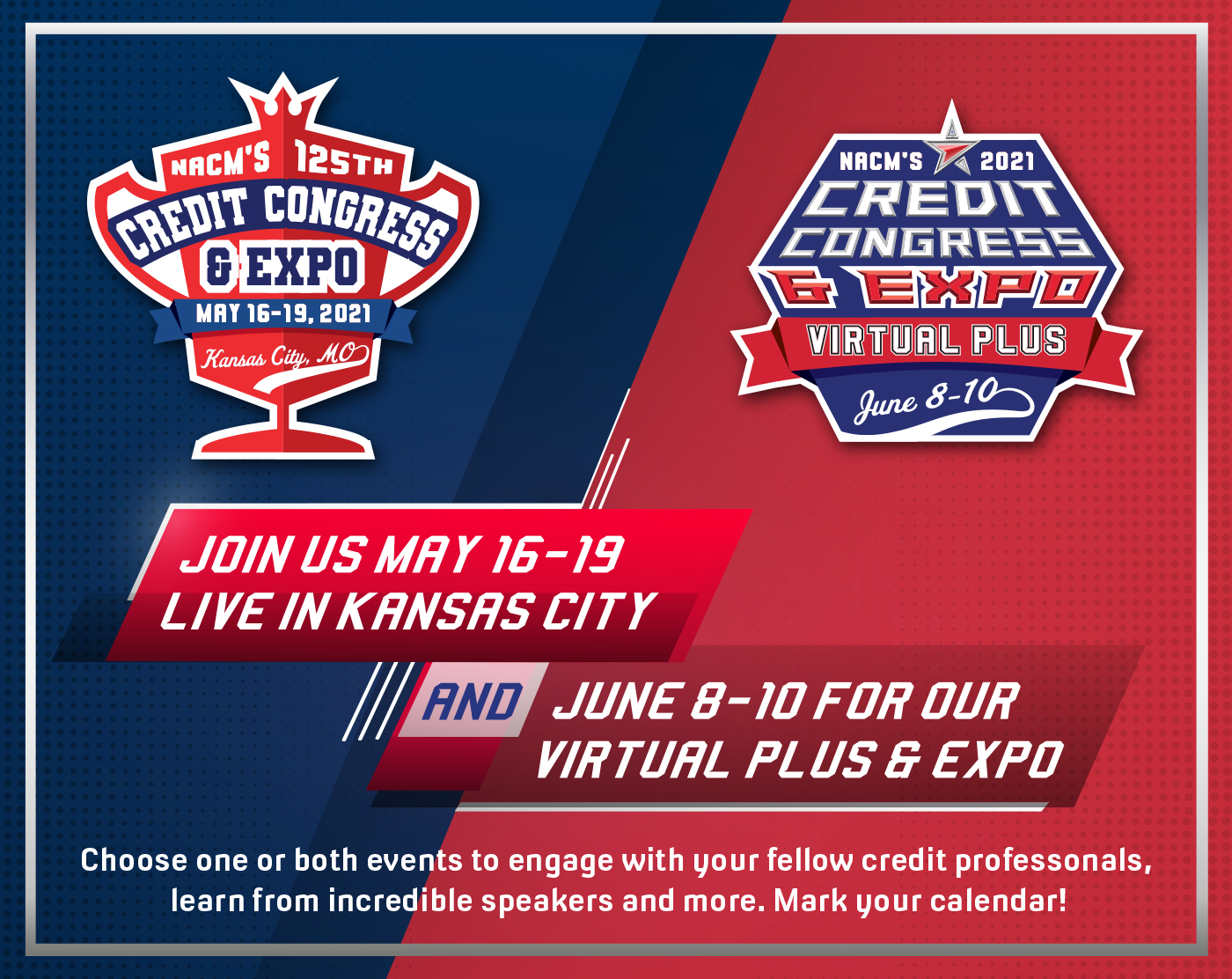 The November Credit Managers’ Index from NACM has come back down to earth slightly after hitting a 15-year high in October. The overall score of 57.9, down just half a point from October, is the second-highest reading in the last 12 months.

“The optimism that seems to be manifesting in November’s CMI is an indication that credit managers are looking ahead—as they always do,” said NACM Economist Chris Kuehl, Ph.D.

Despite a decline of nearly eight points from October to November, sales still sits at 66.5 and leads the way for the favorable factors. New credit applications, dollar collections and amount of credit extended each fell several points in November. New credit applications slipped to 63.9 from 65.2, dollar collections declined from 64.6 to 62.6 and amount of credit extended dropped from 68 to 64.8. Overall, the combined favorables declined from 68 to 64.4.

The unfavorable factors were all back in expansion territory with scores above 50 in November. Rejections of credit applications inched forward from 51.4 in October to 51.5 in November. Accounts placed for collection jumped from 49.5 to 56.2. Disputes was the only factor to decline from 51 to 50.6. Dollar amount beyond terms also crept forward a tenth of a point to 58.1. Dollar amount of customer deductions hit 51.7, up from 51 in October. Filings for bankruptcies finally made it back to levels seen earlier this year and late last year at 53 after a reading of 50.7 in October. The combined unfavorables improved from 51.9 to 53.5 in November.

The manufacturing sector saw a modest month-over-month decline from 58.8 to 58.6. “Manufacturing has managed to escape a certain amount of the economic carnage that came with the pandemic,” said Kuehl. “In some ways, the shifts in consumer activity was a benefit to some manufacturers.” The favorables fell from 67.9 to 64.3, while the unfavorables improved from 52.6 to 54.8.

The service sector was much of the same with falls in the favorables and stability in the unfavorables. The sector’s overall score declined from 58 to 57.2 from October to November. The favorables dropped from 68.1 to 64.6, and the unfavorables improved from 51.3 to 52.2. “The retail community has not been hit as hard as it was earlier this year, but the curtailing of traditional holiday travel and activity has taken its toll,” Kuehl said. “Thus far, the CMI data has not reflected this latest round of restrictions, but these are expected to have an impact in the coming month.” 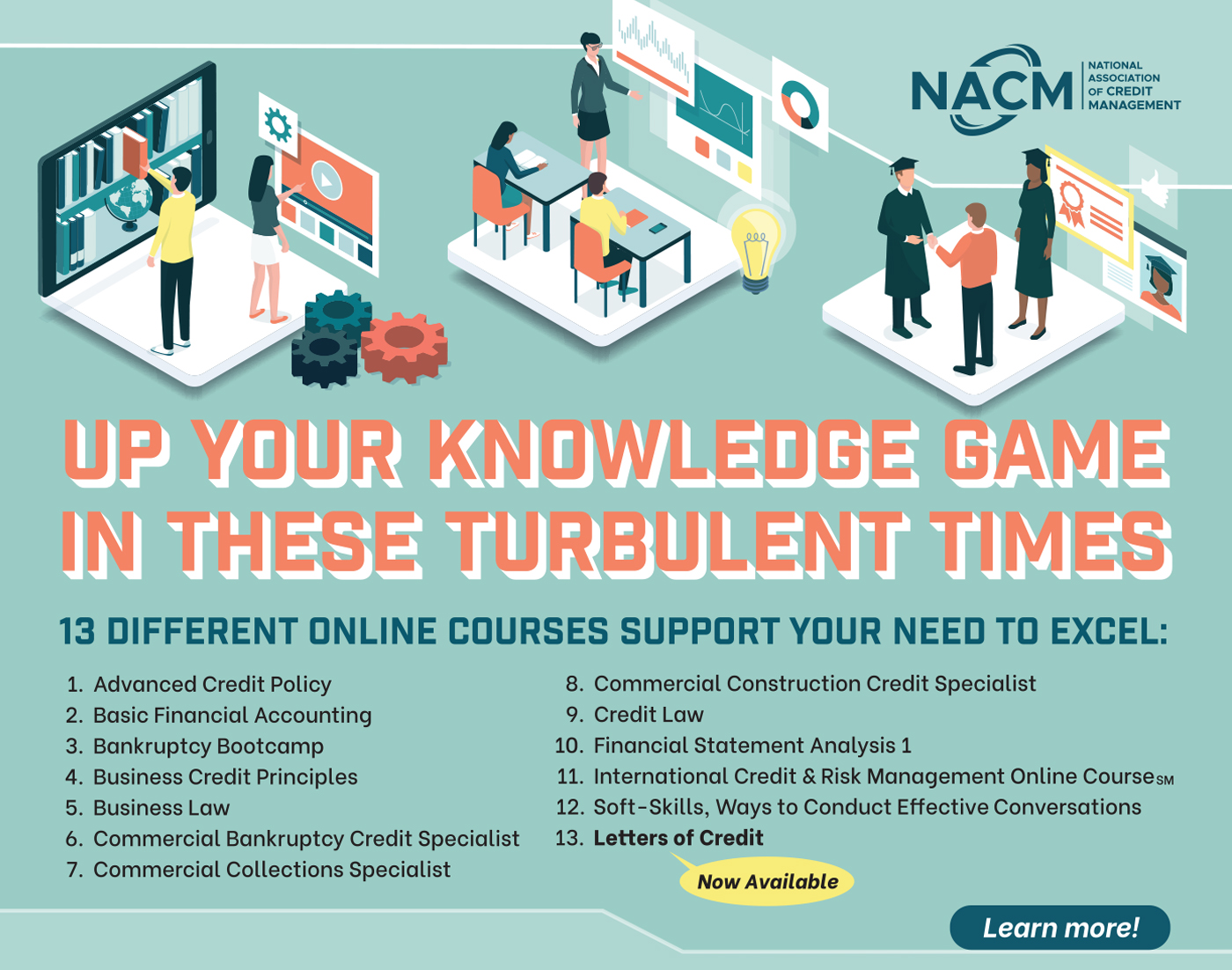 Payment is a Waiting Game in China

Payments are the epicenter of the business-to-business credit industry and constantly in flux. Credit professionals are routinely navigating the process, whether it’s initially establishing a payment plan or chasing after delayed or late payments. Business owners are currently experiencing the latter in China, where analysts are reporting companies waiting twice as long for payments today than five years ago.

Despite the National Bureau of Statistics’ (NBS) October report of a “continued steady recovery” in China, The Financial Times reported payment troubles from the world’s second largest economy. Recent data revealed Chinese private manufacturers got paid in an average of 54 days in the first three quarters of 2020 compared to an average of 45 days in 2019 and 27 days in 2015. Yet, orders continue rolling in, with Chinese factories reporting a 14.3% increase in accounts receivable between January and September according to NBS findings.

“The receivable problem is across the board,” Wang Dan, a Shanghai-based economist at Hang Seng Bank China, told Financial Times. “It suggests the economy is not in a normal shape” and “remains weak.”

Several Chinese businesses owners spoke to FT about their experiences, citing both state-owned companies and local governments as the culprits of late payments. The owner of a machine parts factory, Zhang Huaqiang, said it has been a challenge “to figure out when you can get paid,” noting that his clients must pay within three months after the products are delivered. He added the majority have asked for extensions. Late payments also extend to China’s private builders, including Jiaozhou Shenzhou Construction, where an official told FT that they’ve been awaiting progress payments from the China State Construction Engineering Corporation for a refrigerator factory since the start of the year.

“We have been financing the project instead of getting paid for it. This is a breach of contract,” the official told FT.

Credit professionals working in and outside China sparked similar concerns in July’s FCIB International Credit and Collections survey. Although 100% of respondents said they use wire transfers as a frequent payment process, nearly three times more respondents said they were experiencing payment delays in July 2020 than in July 2019. Most respondents acknowledge COVID-19 disruptions as the reason for recent slowdowns, with a quarter saying delays are due to cash flow issues. One respondent warned credit professionals to take extreme precautions when selling anything in China because customer’s “attitudes about paying is concerning.”

“Set clear payment expectations related to your payment terms and ensure that all your documents are in order,” another respondent said.

However, tensions between the U.S. and China are also to blame, a third respondent said, as they’ve seen an ongoing a trend away from reliance on Chinese manufactured products, therefore, resulting in declining revenues for some industries.

By terminating a contractor, the owner runs a considerable risk that the termination will be found “wrongful.” This is a primary reason why owners want to provide contractors an opportunity to cure any default. An owner who has wrongfully terminated can be liable for requisitions and retention that should have been paid, expenses for idle labor and unused materials, and lost profit for labor and material actually supplied on the project.[ii] An owner that has wrongfully terminated a contract may not be able to recover for the costs of completing or correcting work[iii] and may be liable for lost profit on the terminated portion of the contract.[iv]

Both the owner and the contractor should make every effort to document the progress of the work upon termination, whether the termination is rightful or wrongful. Photographs are the easiest and most important part of this, along with a scheduling analysis. The contractor and owner should also create detailed estimates of the cost to complete the work, and each may want to hire an independent expert to view the project at an early stage. This can be very important for each side in the event of litigation.

After termination, the most common issues of disagreement are backcharges and the cost of completing the work. Contractors rarely understand how an owner could have spent so much money to complete a project. And, unfortunately, some owners abuse the situation by building a Taj Mahal at the expense of the contractor.

The termination for convenience clause is the owner’s best weapon against a claim for wrongful termination. This clause was originally created by federal agencies and appeared only in government contracts. It has become more popular, however, in private contracts.

There are limits to the right to terminate for convenience, primarily the implied duty to exercise the right of termination in good faith and in accordance with fair dealing. This is true even for public owners,[v] but probably even more true for private owners.[vi] For example, an owner cannot terminate a contractor just because the owner is able to get a better price elsewhere.

[i] See AIA Document A401-1987 (Standard Form of Agreement between Contractor and Subcontractor), Section 7.2.1. 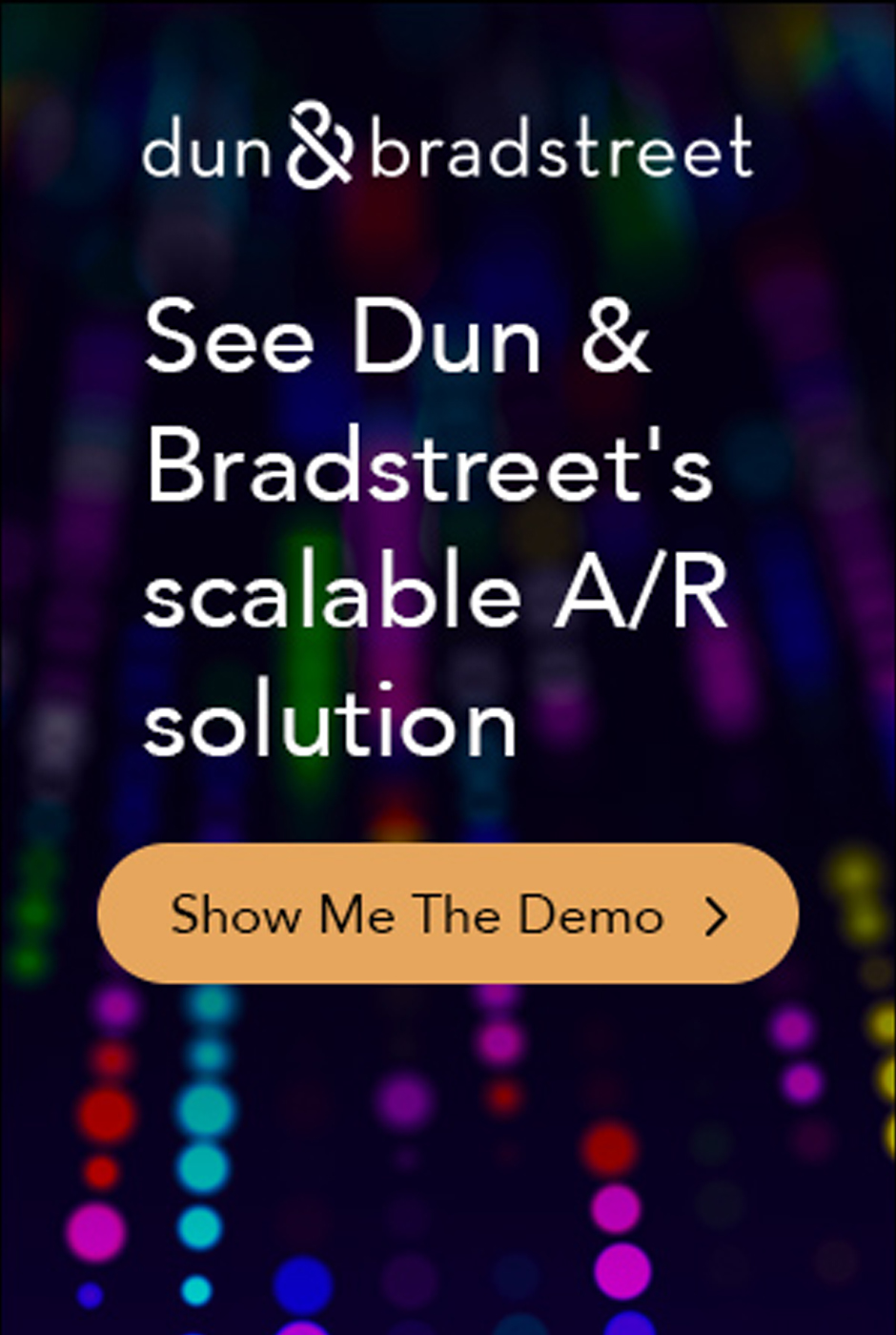 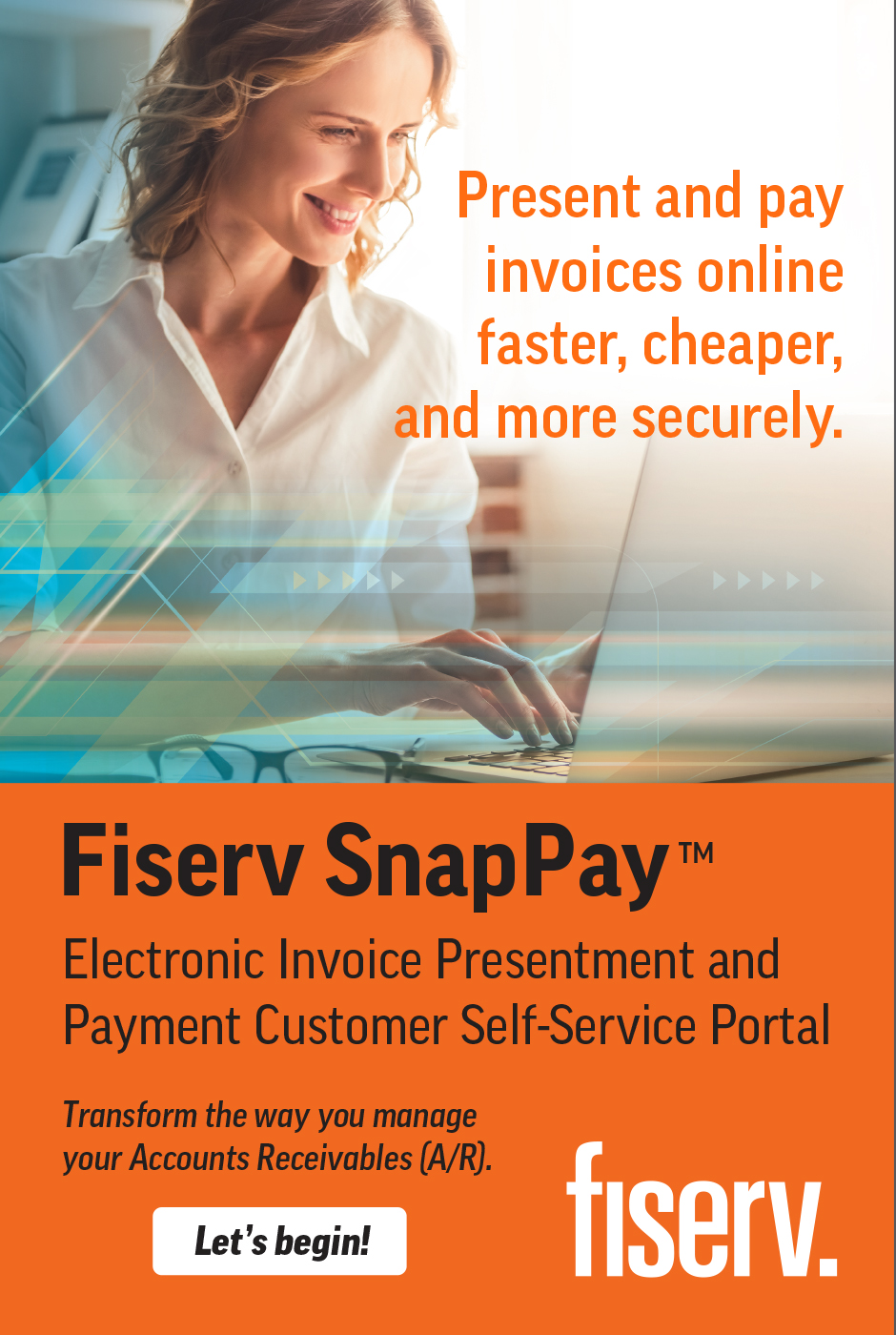 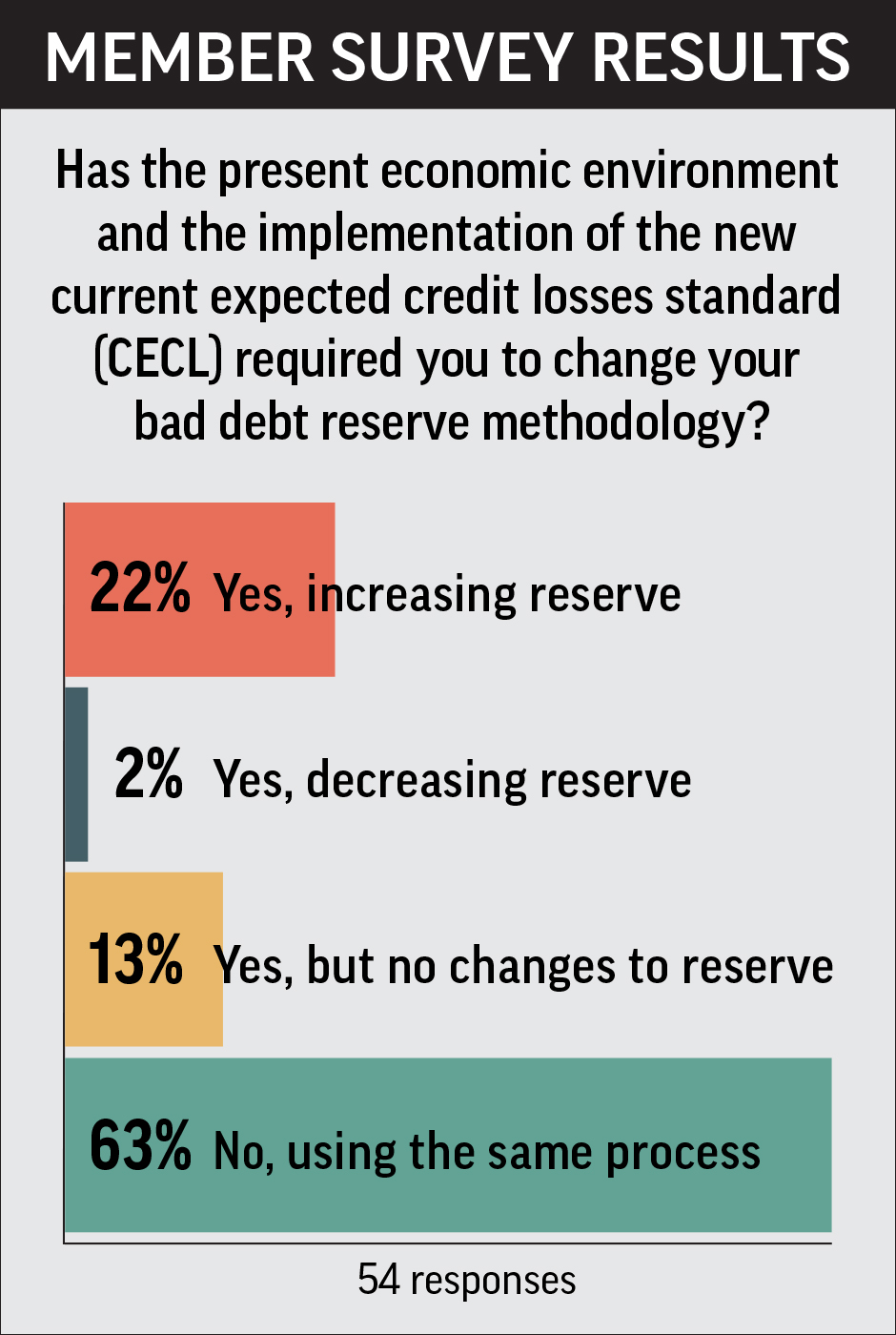