Hybrid Schedules Here to Stay?
How to Prepare for the New Norm

Last year, businesses had to quickly adjust from working in an office to working from home. Now, as companies move back toward office environments, many are creating hybrid work schedules.

Hybrid work schedules split working hours between home and the office throughout a typical work week. “By 2025, 75% of the workforce will work remotely at least five days a month,” according to Globalization Partners’ blog post, What Employers Need to Know About Remote Work Compliance.

Getting employees back into the office has become a challenge for some businesses. When it comes to “top talent,” Mark Herrington, of OnSolve LLC (Alpharetta, GA), told the Wall Street Journal, “Those folks are pretty much saying, ‘Hey, if I can’t have a bit of a hybrid work environment, then I’m probably not going to be interested.’”

According to a recent NACM poll that asked credit professionals whether they had returned to the office, more than 34% of the 235 responses noted that they were “still working fully remote from home.” The second most popular answer resulted in a tie between a hybrid work schedule or working full time in the office (22.55%).

Congratulations to each of the lucky winners of a $125 Amazon gift card in the honor of NACM’s 125th birthday! One winner was selected from each of our service provider booths during NACM’s Virtual Plus Expo:

Financial crimes are increasing at a staggering rate, according to news reports, and digital dependency caused by the pandemic is partly to blame.

Working remotely can make it more difficult for credit professionals to detect and prevent some types of fraud, said Robert Karau with Merchant & Gould P.C. (Minneapolis, MN). Home networks usually lack proper security systems and may make it easier for cyberattacks to slip through the cracks, ultimately causing major cash losses for companies.

“This problem is growing exponentially,” Karau said. Given that many incidents go unreported, some estimates put the cost of commercial cyber fraud and other types of fraudulent activities such as scams at double what has been reported to the FBI and other agencies, he explained.

Nearly 50% of companies reported falling victim to fraud in the past 24 months, the second highest reported level in the last 20 years, according to a PricewaterhouseCoopers fraud survey . Businesses also reported roughly $42 billion in losses in the last two years due to fraud.

The report shows that changing work styles and behaviors are creating new vulnerabilities for companies, individuals and their data. According to the findings, 70% of the office workers surveyed admitted to using their work devices for personal tasks, while 69% have used personal laptops or printers for work activities. Almost one-third (30%) of remote workers surveyed also have let someone else use their work device.

As a result of these and other behaviors, employees working from home are increasingly being targeted by hackers. KuppingerCole, an international, independent analyst firm that contributed to HP’s report, noted there has been a 238% increase in global cyberattack volume during the pandemic.

The study provides a multi-dimensional view by combining findings from: a global YouGov online survey of 8,443 office workers; a global survey of 1,100 IT decision makers (ITDMs), conducted by Toluna; real-world threat telemetry gathered from customers within HP Sure Click Virtual Machines; and analysis from KuppingerCole.

Several online sources outlined a variety of steps that work-at-home employees should follow, such as:

An unsupervised home office could cause an employee to be less diligent, Karau said. “Prudent policies, practices and procedures should be in place and should be followed whether you are in the office or working remotely.”

Criminals have gotten crafty with their fraud strategies like posing as existing customers or even going as far as being set up as a customer. They will then leverage the established customer-company relationship to carryout harm.

Some will change email addresses by one letter so it still looks like the email is coming from a verified sender. Karau estimates that more than 90% of successful commercial cyberattacks begin with this kind of phishing.

Keep an eye out for unusual phrasing and poor grammar in an email. That’s usually the first red flag of potential fraud. Double check to make sure the email address is legitimate and from an official source.

If you ever have any doubts about the legitimacy of an email, you should forward it to your IT department to be safe. “Use commonsense and think things through before responding to certain requests,” he said.

Karau also recommended putting effective backup and recovery systems in place in case you fall prey to a cyberattack. In addition, forming and using industry networks on cybercrime is a good preventative measure because “knowledge truly is power in the areas of commercial cyberthreats and fraud,” he explained. Speaking with others in your industry will help credit professionals stay aware of new fraud tactics.

On Aug. 9, Karau will present an NACM webinar about fraud checking, which will cover more ways to detect and prevent fraud. 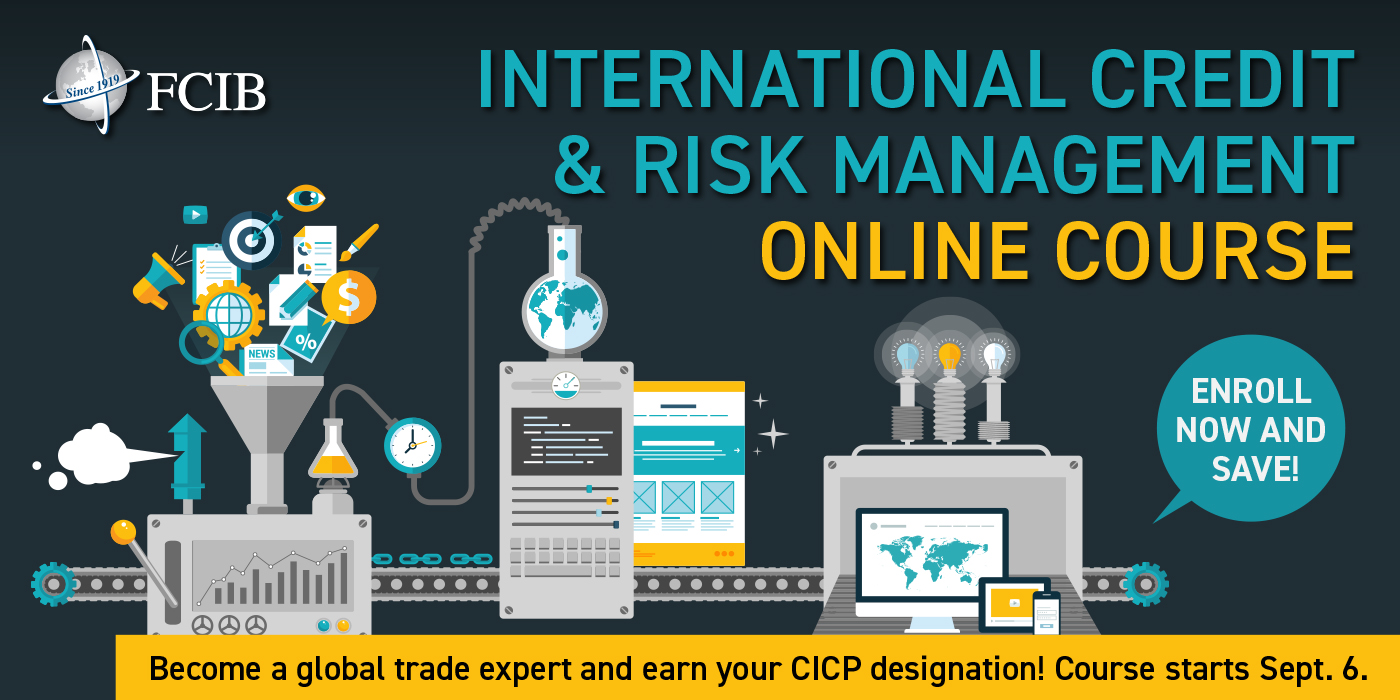 Not long ago, video meetings were relatively rare in most organizations: occasional stand-ins when in-person meetings weren’t feasible.

Today it’s all that most of us do. And given the speed of that change, few of us had any idea how to conduct these meetings well.

“There’s no playbook; there’s no manual,” explains Leigh Thompson, a professor of management and organization at Kellogg.

So Thompson, who has researched and written about virtual negotiation and collaboration, offered up a number of “hacks” to improve our online meetings during a recent webinar from Kellogg Executive Education. The talk was based on insights from her new book, Negotiating the Sweet Spot: The Art of Leaving Nothing on the Table.

Most people agree that virtual meetings are highly efficient, but they lack a good deal of the spontaneity and creative energy of in-person meetings. So, Thompson suggests building in time for that at the start of a gathering.

“Before we get down to business, we should try to do something that’s fun,” she says. That could mean three to five minutes of improv exercises, or telling embarrassing stories, or rotating who brings a joke to share.

Another hack is designed to ensure that team introverts—who may not feel comfortable speaking up to a gallery of Zoom faces—have their voices heard during brainstorms. While there are various ways to use breakout rooms to encourage conversation, Thompson’s favorite technique is called “speed-storming,” which she describes as “brainstorming meets speed dating.” Pairs of colleagues are put into breakout rooms together for a couple minutes to brainstorm, then switched up into new pairs, which keep rotating.

Other hacks addressed the fact that we are not always at our best online. “Your brain changes when you’re not face-to-face, and it ain’t pretty for some of us,” Thompson says.

One way to curtail bad behavior is to establish a virtual-team charter. This could include rules that everyone has their camera on, or that no one should be multitasking, and should clarify whether people speak up by raising a hand or just unmuting and going for it.

“Virtual teams that have structure, ground rules, and norms outperform those that don’t,” Thompson says.

There are also some unexpected perks to meeting virtually, which should be embraced.

Thompson refers to one as the “weak get strong effect.” Many of the signals of who has power in a group—sitting at the head of the conference table, demonstrative body language—are eliminated online. This means people who may have historically not spoken up (a group that might disproportionately include individuals from marginalized groups) feel more comfortable doing so.

She’s seen this among the students in her virtual classes this spring. “The people that I’m seeing emerge as the thought leaders in my own classes are not the usual suspects,” she says.

Thompson acknowledges that people may feel silly suggesting some of her hacks to their teams. But she encourages everyone to give it a try, saying there’s very little to lose.

“No one is going to judge someone who is committed to the improvement of their team,” she says.

Reprinted with permission from KelloggInsight. 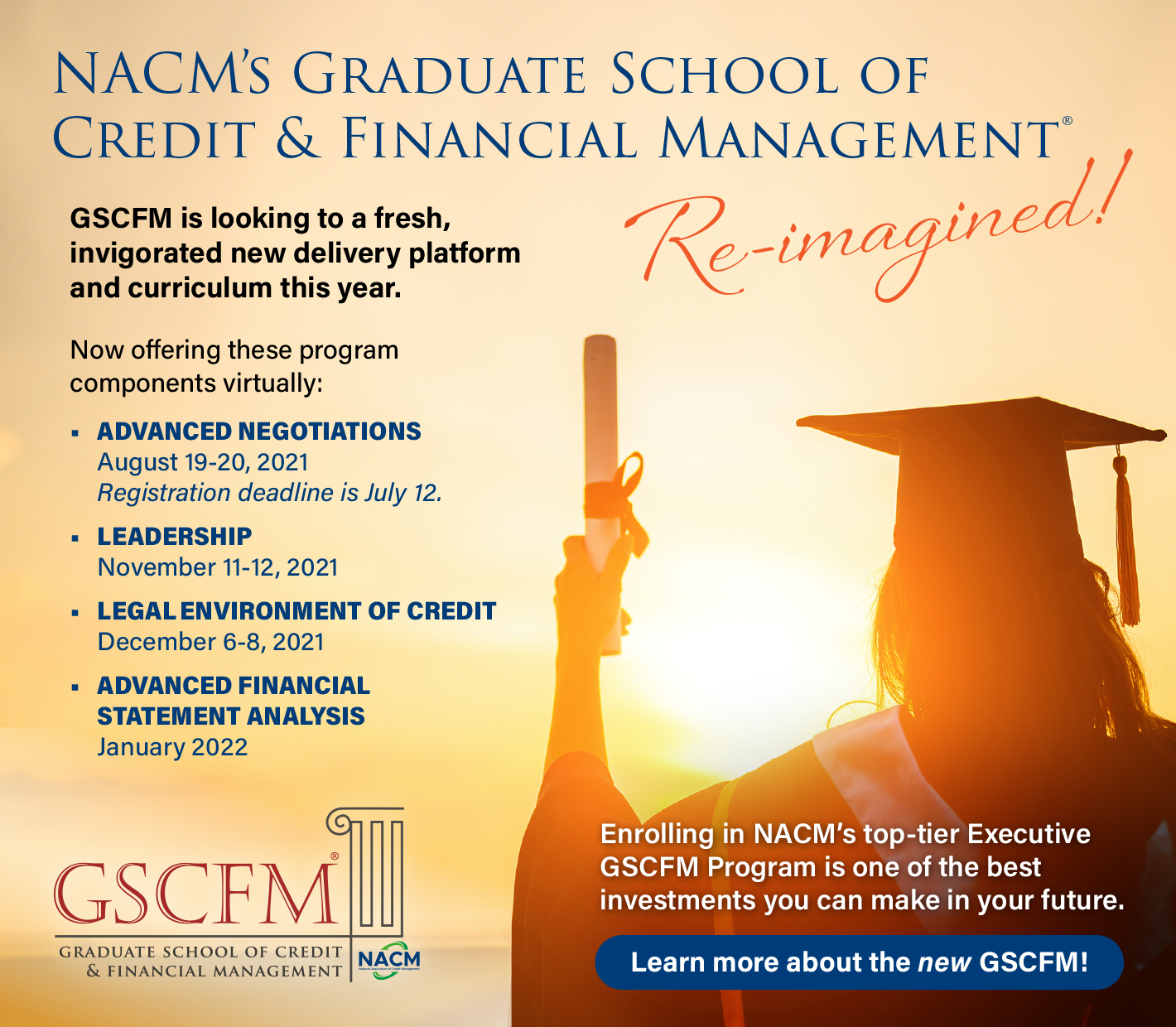 While many regions worldwide are making strides in economic recovery, the pandemic remains a major drag on Latin America as many of the worst outbreaks globally occurred in this region.

Latin America is on track to have one of the slowest economic recoveries, said Greetje Frankena, deputy chief economist at Atradius Credit Insurance (Amsterdam) during NACM and FCIB’s An Economic Perspective on Country Risk in Latin America webinar.

“Latin America’s economy contracted by over 17% last year and suffered more economic damage than any other region,” Frankena said.

While some countries around the globe begin to lift restrictions and return to business as usual, this region is still fighting to control the virus due to low vaccination rates.

As a whole, Latin America is expected to return to pre-pandemic levels by late 2022—well behind several other economies, she added.

Peru took the largest economic hit from COVID-19, but is expected to recover fairly quick due to fiscal stimulus, while Argentina and Mexico will likely take longer to recover.

“These markets show low growth for a long time due to structural problems that create a challenging business climate,” Frankena said.

Argentina is not expected to return to pre-pandemic levels until 2023, and Mexico’s economy, late 2022. Mexico fared slightly better due to its dependence on the strong U.S. economy.

Latin America also has encountered political and social instability, most recently in Cuba, which will further impact economic recovery. Another factor affecting the region is its economic reliance on tourism, which was brought to halt because of COVID-19, Frankena said. Tourism is not expected to pick back up fully until 2022 or 2023.

Commodity reliant countries such as Brazil, Chile and Columbia were more resilient and are expected to recover more quickly. Products such as oil, copper and soybeans produced in these countries were somewhat of a lifeline.

Brazil already has rebounded to pre-pandemic levels with the help of massive government spending. However, even with its leading economic recovery, Frankena said the country is the “world champion of regulations, which undermines the business environment in Brazil and its growth potential.”

The pandemic added to Latin America’s existing risks, including natural disasters and political unrest. Increasing vaccination rates will be a key way for Latin America to speed up its economic recovery and alleviate some of the pressure caused the pandemic.

However, several trade opportunities exist in this region, Frankena said. Latin American markets are some of the leaders in the chemicals, renewable energy and construction industries, according to data she shared. “The road ahead will be bumpy, not in the least given uncertainty about the virus, but also because of structural factors.” 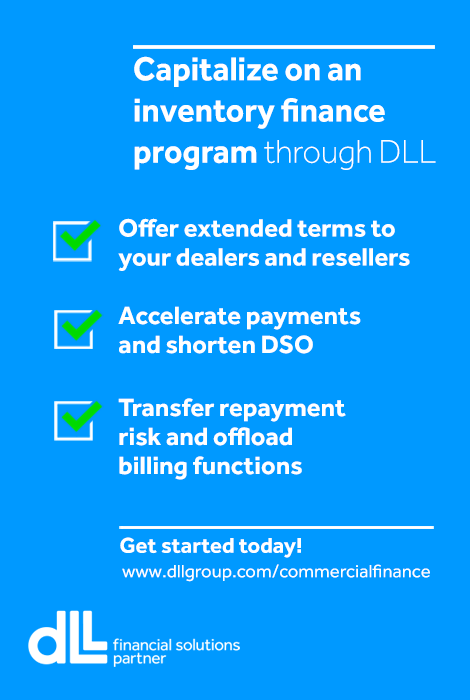 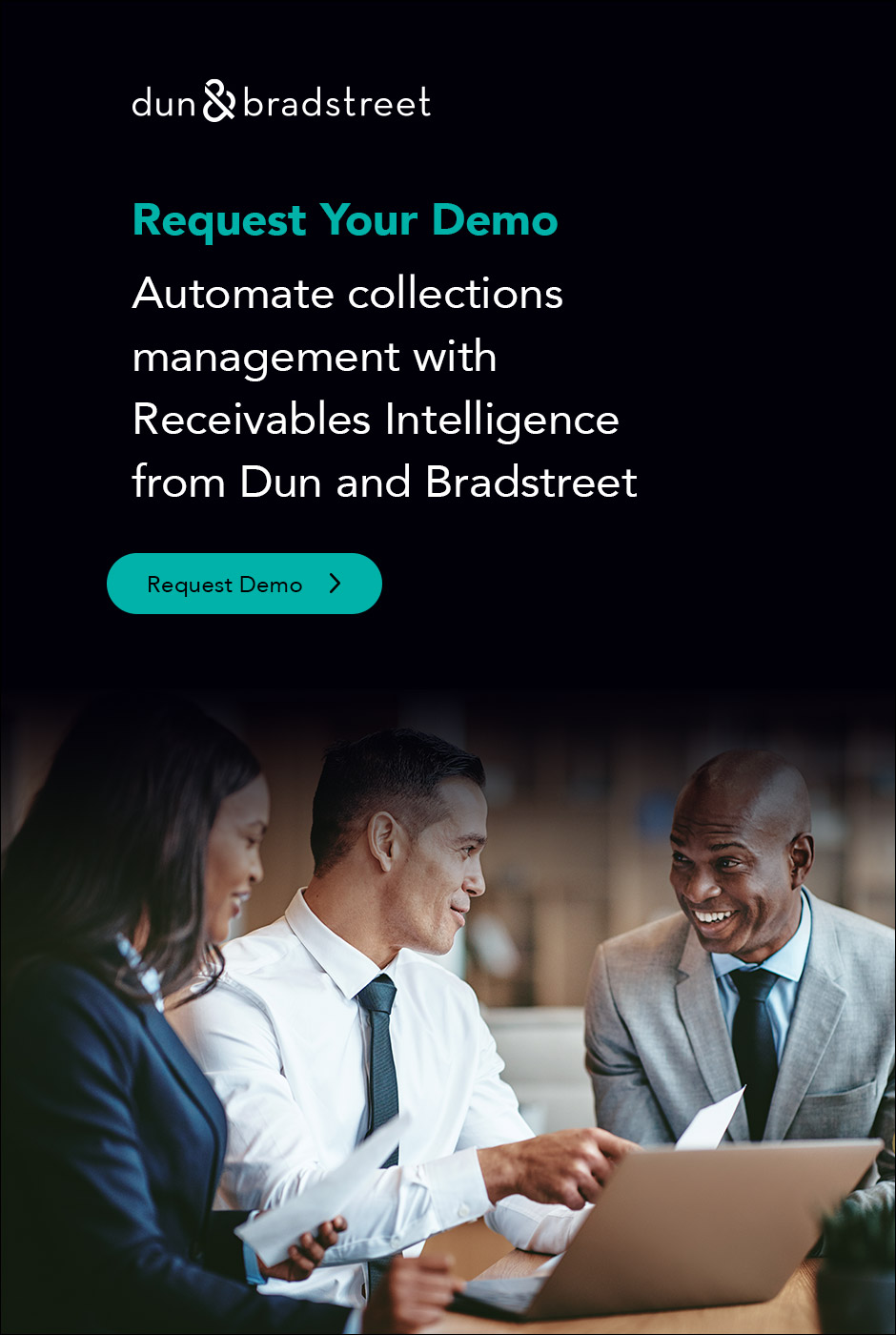 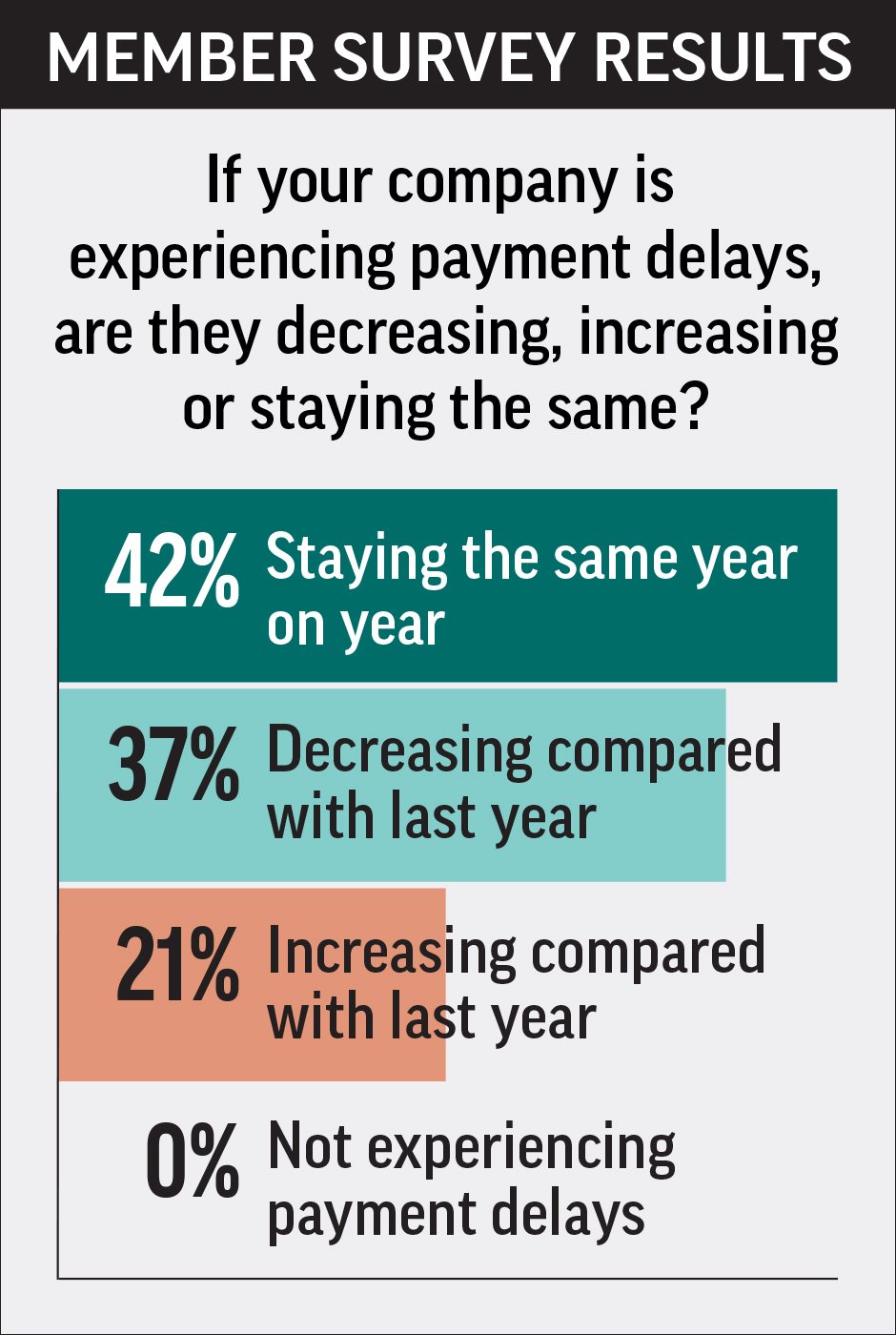